Moose Antler Carvings Moose Antler Carving
The Moose Antler Carving, Royal Flush was a labour of love talking more than six years to complete along with hundreds of hours of design and visualization. This incredible piece captures the spirit of the north. Regal in presentation and rich in details this one of a kind piece will never be replicated. Notice the intricate shapes that make up the forest landscape and revel in the wildlife expressions. Cathy has captured a rare scene of nature at peace. Royal Flush illustrates the harmony and grandeur that represent the flora and fauna of the north. In this Moose Antler are Three Mountain Goats, Grizzly Bear, Big Horn Sheep, Bull Moose, Cougar, Buffalo, Eagle, Seven Salmon Fish, Rabbit and a Mouse.  48" width 35" height  17" depth 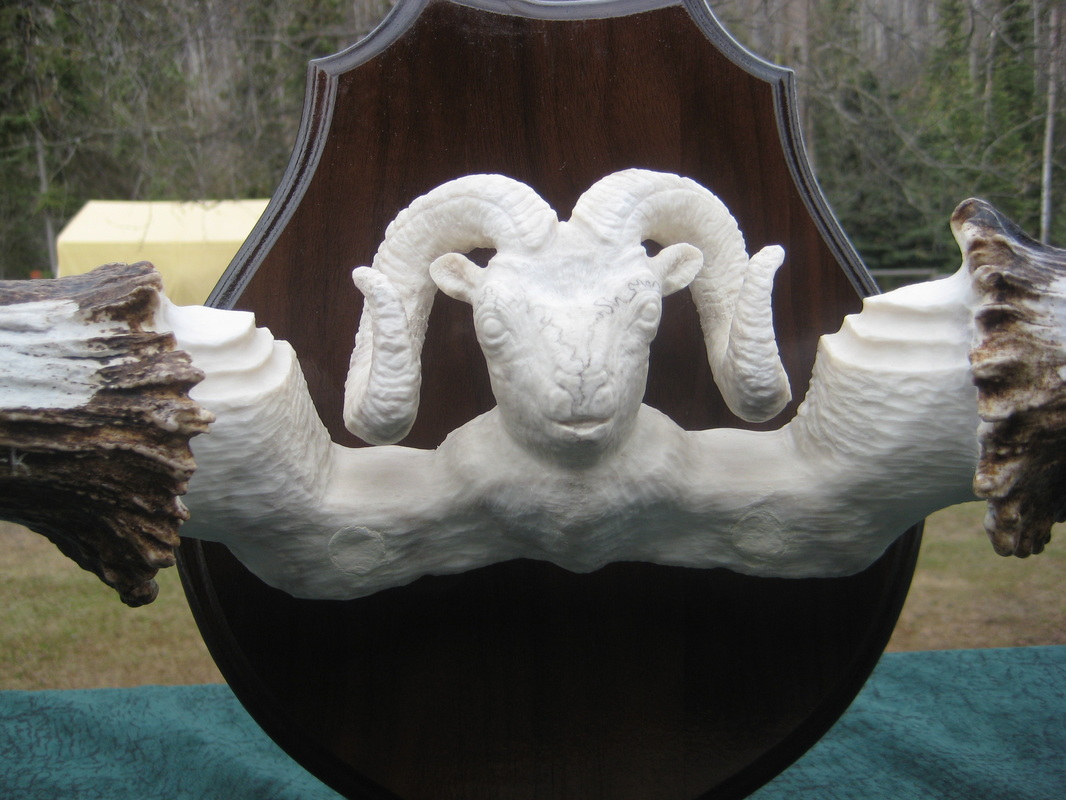 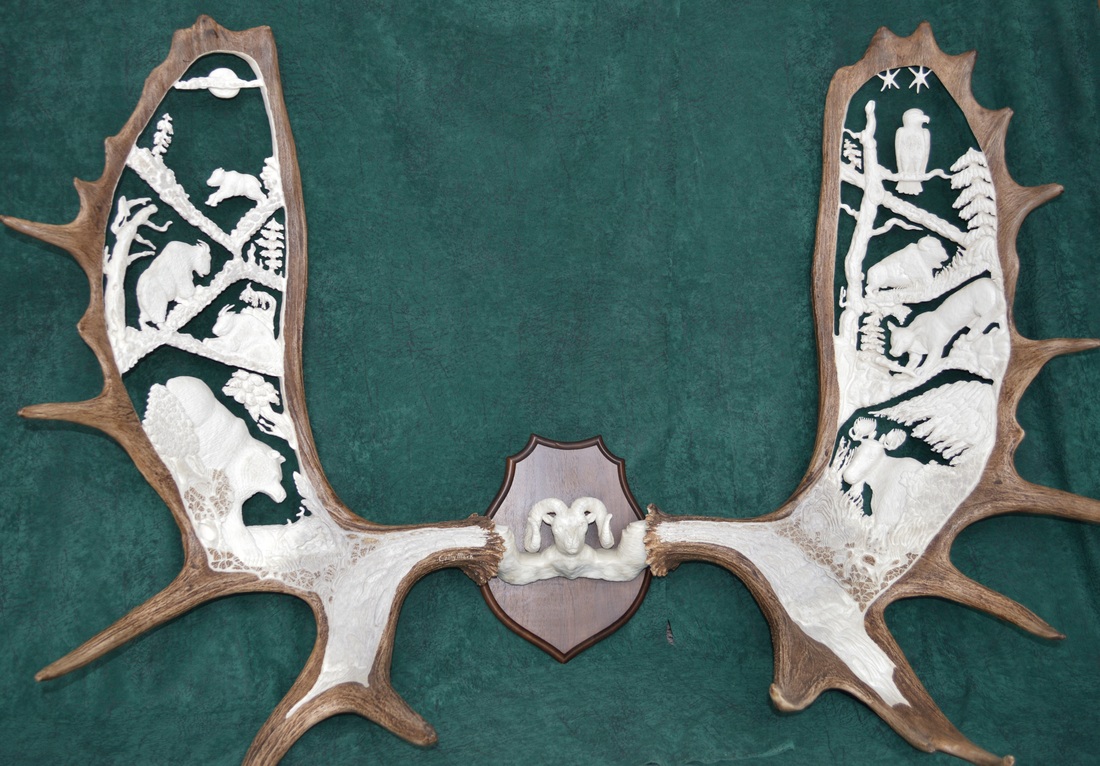 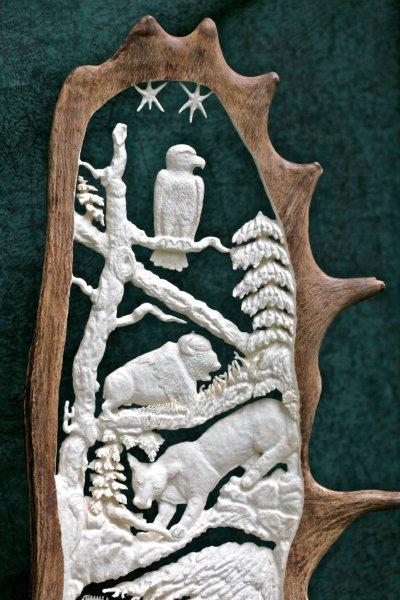 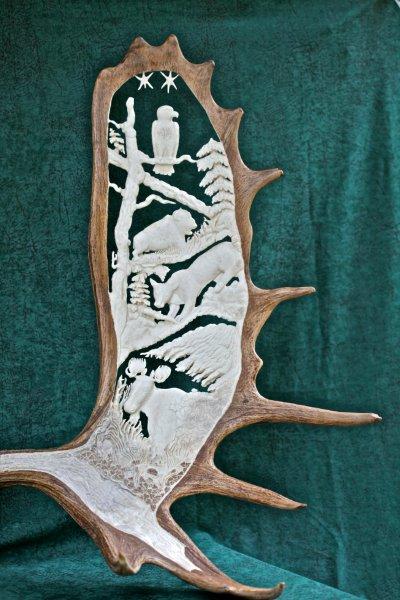 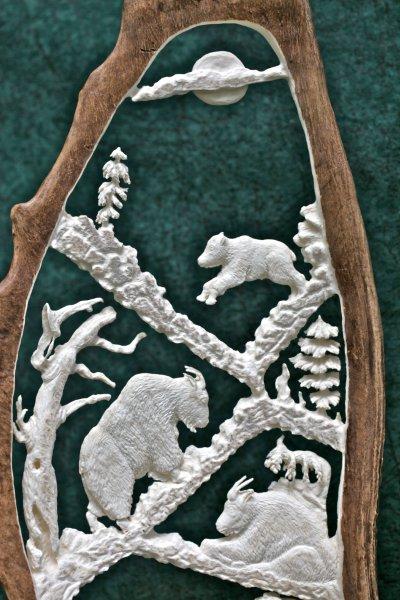 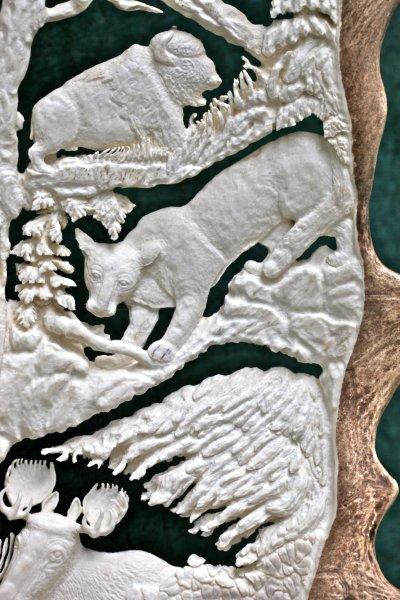 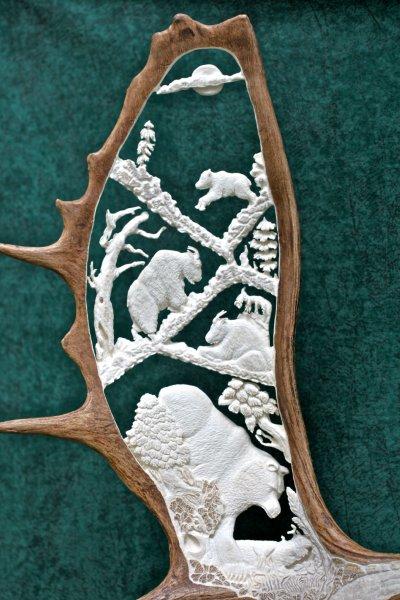